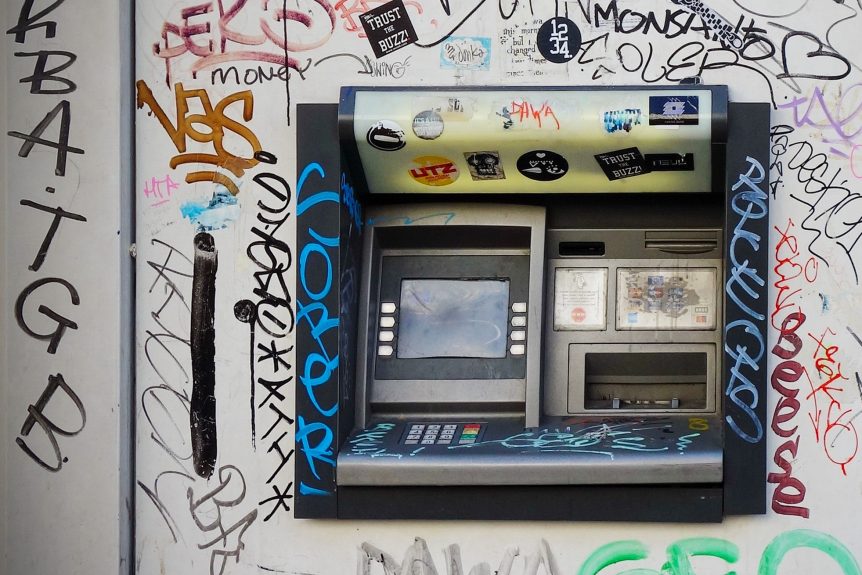 The threats regarding ATM and point of sale card reader security are real and evolving. There are numerous ways scammers try to access your banking information but altering ATMs with skimmers and shimmers is becoming an increasingly common tactic.

Skimming is recognized as fraud that “skims” the information off the magnetic stripe on a credit or debit card. Many fraudsters will attach false fronts on card readers, which allows them to steal your information. Shimming refers to an attack that captures data from your EMV chip on your card. This is done by a small, flat microprocessor that has been inserted inside the card reader itself prior to you using it.  It’s very hard to know when your data has been compromised which is why it’s so important to give any ATM you use a quick check beforehand in order to lessen your chances of becoming a target. These four quick steps will ensure that you are protecting yourself and your money.

When you approach an ATM, check for obvious signs of tampering. This means looking at the top of the ATM, near the speakers, the side of the screen, the card reader itself, and the keyboard. If something looks different, such as a different color or material, graphics that aren’t aligned correctly, or anything else that doesn’t look right, refrain from using that ATM.

If you know that the ATM has a flashing card entry to show where you should insert the ATM card and then the next day the ATM has a plain reader slot, something is wrong. Since most skimmers are glued on top of the existing card reader, these will obscure the flashing indicator. If the keyboard doesn’t feel right—too thick, perhaps—then there may be a PIN-snatching overlay, so don’t use it.

Even if there aren’t glaring differences visually, don’t be afraid push down on parts of the machine. ATMs are solidly constructed and generally don’t have any jiggling or loose parts. Pull at protruding parts like the card reader. See if the keyboard is securely attached. Does anything move or feel like it could pop off when you push at it? Skimmers read the magnetic stripe as the card is inserted, wiggle the card as you insert it. The skimmer’s reader needs the stripe to go in a single motion, because if it isn’t straight in, it can’t read your data correctly. If the ATM is the kind where it takes the card and returns it at the end of the transaction, then the reader is on the inside. Wiggling the card as you enter it in the slot won’t interfere with your transaction, but will foil the skimmer.

Unfortunately, this tactic won’t work on shimmers, and won’t work with any ATM that captures and holds your card while your transaction is in process.

3.    Think Through Your Steps

Whenever you enter your debit card PIN, assume there is someone looking. Always cover the keypad with your hand when you enter your PIN. This is a good policy even if you don’t notice anything odd about the ATM. Obtaining a user’s PIN is essential, since scammers can’t use your stolen magnetic stripe data without it.

Many fraudsters install skimmers on ATMs that aren’t located in overly busy locations, since they don’t want to be observed installing malicious hardware or collecting the harvested data.

Stop and consider the safety of the ATM before you use it. That said, no place is safe from enterprising scammers. The chances of getting hit by a skimmer are higher on the weekend than during the week, since it’s harder for members to report the suspicious ATMs to the credit union. Fraudsters typically install skimmers on Saturdays or Sundays, and then remove them before the credit union reopen on Monday.

If your card data does get stolen, don’t worry. As long as you report the theft to the credit union, you will not be held liable for the lost amount and your money will be returned. Timely reporting is very important in cases of fraud, so be sure to keep an eye on your card transaction history. Register your debit card in online banking under Services Visa Card Access to receive alerts.

Lastly, pay attention to your phone. The credit union generally has very active fraud detection policies and will immediately reach out to you, usually over phone or SMS (text message), if they notice something suspicious. Responding quickly can mean stopping attacks before they can affect you, so keep your phone handy.

As long as you’re aware of your actions when using a card at an ATM, you’ll be much more likely to stop potential fraud. If something doesn’t feel right about an ATM, don’t use it. And use your EMV chip over the magnetic stripe whenever possible. You’ll be happier and your account will be safer for it.