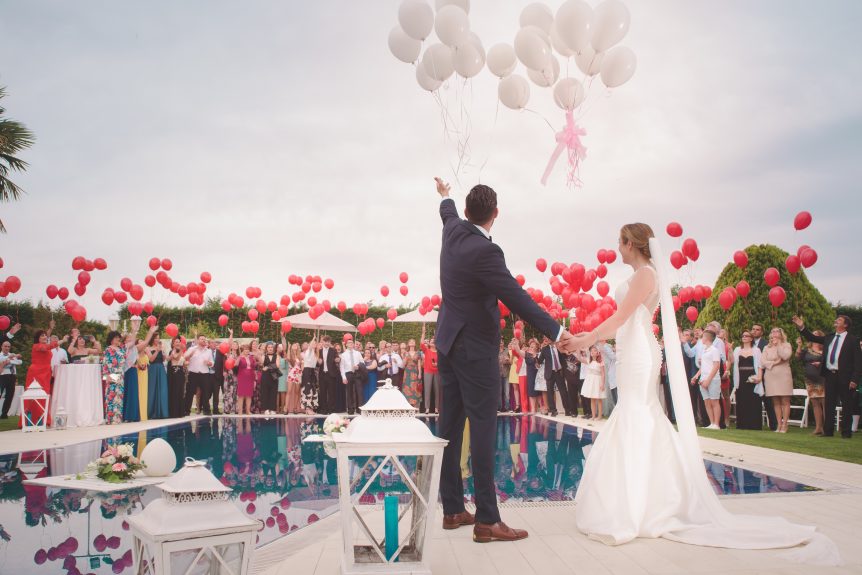 How Much Does a Wedding Cost?

After you say “I do” and the initial celebrations have died down, the expenses of having a wedding begin to set in. The Knot’s 2017 Real Wedding Study reported that the national average cost of a wedding is now $33,391. Here’s what you should know about usual wedding costs and how to estimate what you’ll spend when you decide to tie the knot. 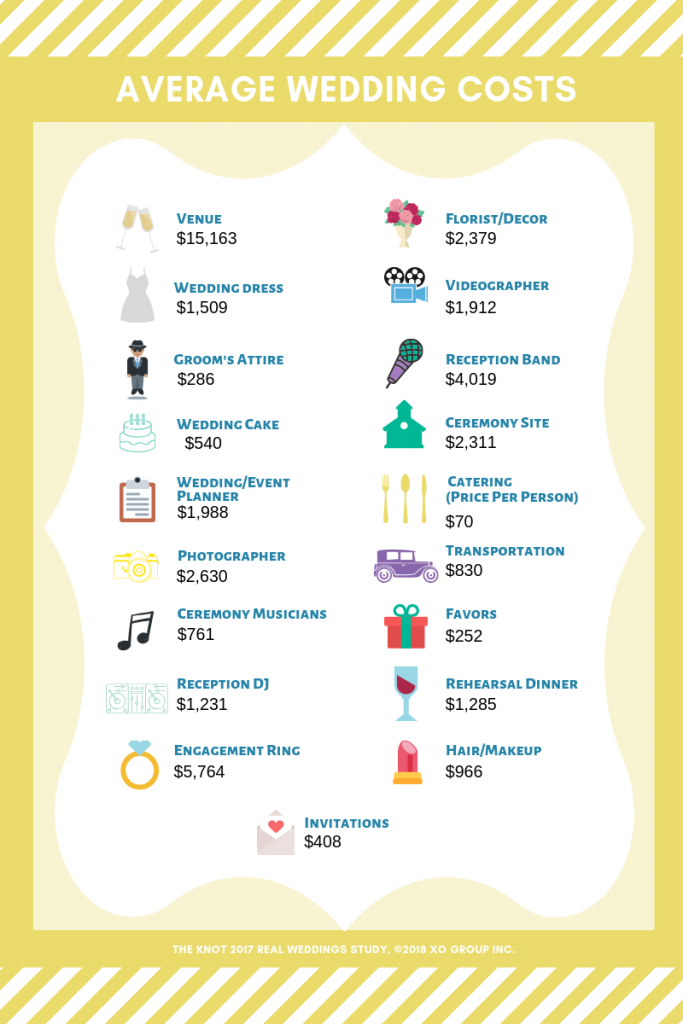 Even if you don’t decide to do a wedding, at the very least, you’ll need a marriage license, which, in Los Angeles, costs $91.

At over 33k, that number may make your heart start racing, but don’t be fooled, a national average doesn’t necessarily foretell your future wedding day. Beyond normal cost cutting and finding discounts on vendors, here are good ways to lower the cost of your big day.

Most venues have minimums and maximum requirements and will price accordingly. Since you are charged per head, think about the sort of venue you’d like to get married and blame the venue when you’re not able to invite your second cousins from Florida. By even cutting down 10 people, that’s an entire table – which means 10 place settings, 10 favors, 10 chairs and a centerpiece you no longer have to pay for – which could be saving yourself $1000.

Yes, everyone wants to get married on a sunny, warm day – think “June Bride”. However, you can save a lot of money on venues, photographers, and musicians during off-peak months. Day of the week is also important. Saturday is King in the wedding world but having your wedding on a Sunday or weekday will cut costs. Bonus tip: Don’t mind having an anniversary on Halloween? 10/31, when it doesn’t fall on a Saturday, will help save you some money.

Where you decide to tie the knot matters. Having your wedding in a large metropolitan area like New York City will cost you almost $77,000 while getting married in Montana will only cost a little under $21,000. Expect competition for vendors in larger cities. But, don’t be too quick to move your party to the sticks just to save some money. Travel fees for your and your guests, as well as planning sessions becoming more difficult will end up costing you as well. Finding a place that’s reasonably priced, relatively close to the city you live in could be beneficial to your wallet.